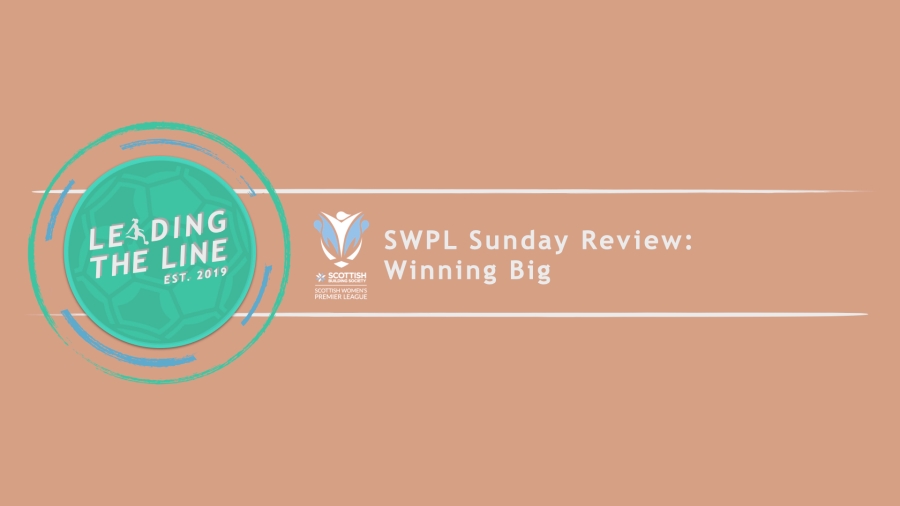 Chris Marshall (@mershdoes) covers the events of the weekend as Glasgow City return to the top and Aberdeen continued their free-scoring start to the season.

SWPL1 – The More Things Change the More They Stay the Same

There has been a lot of talk about the investment both halves of the Old Firm have made in recent months but the top of the SWPL1 table had a familiar look about it by the time the full time whistle had rolled in at Broadwood. Celtic’s 10-0 victory away to Hearts will get the headlines, as will the bitterly disappointing way the game would not make it to air, but it is Glasgow City and Hibernian that lead the way with both sides showing a ruthlessness in their Sunday encounters.

In the lunch time kick off Hibernian racked up six in defeating Motherwell at the Penny Cars Stadium with Scotland international Rachael Boyle tormentor-in-chief scoring once and assisting on three occasions as Amy Muir and a Charlotte Potts double completed a comprehensive victory in front of Pixellot’s wandering eyes, with the game available to view at home through Airdrie’s Diamond TV.

At a dreich Broadwood later that day City eventually overcame a Forfar Farmington side who for forty minutes looked more than competitive. Defensive lapses would eventually cost the visitors as a hat-trick from Kirsty Howat saw the striker soar to the top of the SWPL1 scoring charts however it was a Rachel McLauchlan screamer that caused the huddled few to gasp in awe as City ran out 8-1 winners.

How long the top two hold as is will be put to the test next week as Rangers, who defeated Spartans 1-0 thanks to a Demi Vance goal, travel to face Hibernian in front of the BBC Alba cameras at Ainslie Park. Either way the early indications are that both City and Hibs aren’t going away any time soon.

SWPL2 – The Aberdonian Horses are Dark No More

Played three, won three, scored 18. The Dons have made a blistering start to the SWPL2 season defeating Dundee United, Borughmuir Thistle and now Queen’s Park along the way with their status as dark horses now replaced with the look of a thoroughbred. Of those 18 goals scored 15 have come from the youthful quartet of Bayley Hutchison, Francesca Ogilive, Eilidh Short and Eva Thomson with all four getting on the scoresheet during their side’s 5-1 win over the Spiders.

Only they, and St. Johnstone, who once again snatched a late winner in defeating Partick Thistle 3-2 in a thrilling sounding encounter at Lochinch, can boast a 100% record in a league notorious for its unpredictability with the two sides coming head to head this coming midweek.

Elsewhere, Dundee United and Kilmarnock picked up their first wins of the season. The Tangerines winning 3-1 at home to Stirling University whilst Killie had a late goal from captain Laura Neil to thank for their victory over bottom side Boroughmuir, whilst Glasgow Women had a 30-yard wonder free-kick from Taylor Hamill to thank for a 2-1 victory over a Hamilton Academical side who still haven’t quite gone this season.

If you enjoyed this then please share, subscribe to the podcast at all the usual places, leave a review of many stars and tell all your friends. Remember you can follow the latest flights of fancy from Leading the Line via the Twitter page @LeadingtheLine.