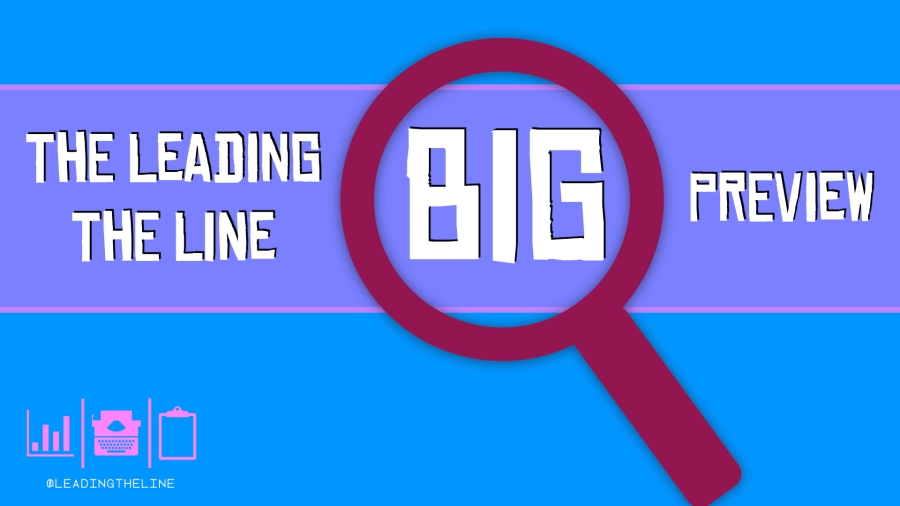 This Sunday we move one step closer to one of the showpiece events of the Scottish women’s football calendar, The Scottish Cup Final. This season the final makes its debut at Tynecastle Stadium home of Heart of Midlothian on Sunday 24th November. Two of Rangers, Glasgow City, Hibernian or Motherwell will head to Edinburgh next month with their sights on cup glory but before then their road to the final makes one more stop at Forthbank Stadium in Stirling for a Scottish Cup Semi Final Super Sunday.

Here at Leading the Line we’re previewing both ties starting with the first game of the day as Rangers face Glasgow City in a repeat of the SWPL Cup Semi-Final from earlier this season where Scott Booth’s side ran out comfortable 5-1 victors.

Their journey so far.

Both sides have made it to this stage of the tournament without conceding a goal, although Rangers’ clean sheet record is in part thanks to the first attempt of their Third Round tie at home to Glasgow Girls being abandoned during an early autumn monsoon with Gregory Vignal’s side 2-1 up at the interval. In the second attempt The Light Blues ran out comfortable 6-0 winners before a 4-0 victory away to SWPL1 rivals Forfar Farmington in Round Four. In the Quarter Finals, it took an early Clare Gemmell penalty to see off newly crowned SWFL1 – North Champions Aberdeen, in a keenly fought encounter in the Granite City.

For City things have been relatively straightforward. In Round Three they comfortably saw off – unbeaten at the time – SWFL Division 2 – South East/Central Champions Edinburgh Caledonia 16-0 in the capital before putting twenty without reply past SWFL Division 2 – North/East Champions Dundee City at Petershill Park.

In perhaps the pick of the Quarter Final ties, the eight time winners travelled to East Kilbride to take on an in-form Celtic however it was to be an off day for the Hoops as City would produce a professional performance as goals from Leanne Ross and tournament top goalscorer Kirsty Howat secured a comfortable 2-0 victory and safe passage to the Semi Finals.

It’s a case of played four won four for Scott Booth’s champions elect with an aggregate advantage of 19-1 from their encounters this season. Those numbers though perhaps don’t tell the whole story as recent 4-0 and 2-0 defeats suggest that Rangers are getting closer to their city rivals, although Gregory Vignal and his side remain under no illusions about the size of the task they face. A Nicola Docherty double was the highlight of their SWPL Cup Semi Final encounter with Rangers midfielder Caitlin O’Hara scoring in that 5-1 defeat before an 8-0 Glasgow City victory at Petershill Park prior to the summer break.

In their most recent encounter, at the Hummel Training Centre on the 18th September, it was another defeat as first half strikes from Kirsty Howat and Rachel McLauchlan sealed a 2-0 victory although Rangers’ French Coach will have taken heart from how well his side competed in the second period, albeit against a weaker side than the one he will expect to face in Stirling come Sunday.

Rangers, who currently sit 4th in the SWPL1 table, have seen their season follow a familiar pattern with victories over the sides below them countered by defeats, sometimes heavy ones, against the sides above and since that aforementioned 2-0 defeat to City they have completed victories over relegation candidates Stirling University (4-1) and Forfar Farmington (2-1). There is little doubt from those who have been watching the Gers since the season return that they are an improving outfit but are still a work-in-progress as opposed to being the finished article.

For City, their league form has been relentless as they continue to boast a 100% winning record with five games remaining of which a win in the next two will seal a 13th consecutive SWPL title. They can also add UEFA Women’s Champions League progress to their list of season accomplishments after an impressive 4-1 home win over Russian side Chertanovo sealed a 5-1 aggregate victory and a last 16 tie against Danish champions Brondby, with the first leg in Denmark next week.

Whilst the acquisitions of Emma Brownlie, Lisa Martinez and Daina Bourma caught the eye it is the return to fitness of youngster Brogan Hay that has helped to give Gregory Vignal’s side a jolt in attack.

The 20-year-old wide attacker who came through the ranks at City and made her competitive debut against her current side aged just 15 has recently returned from a prolonged spell on the sideline though. That injury may have hampered her progress since moving to Auchenhowie in 2017, but with the former Scotland youth international now getting regular game time she has been in rare form and was this week recognised with an SWPL Player of the Month nomination. Pacy and direct, her contest with either Docherty or McLauchlan on the flanks will be a challenge that Hay will be sure to relish as she looks to make up for lost time.

As an additional note it’s also worth keeping an eye out for 15-year-old striker Rosie McQuillan, the player clearly has the backing of her new coach, and she has rewarded that faith with goals in both of her last two outings.

It’s hard to single out just one player from a side that has ran so rampant in the league this season but in a unit that boasts no fewer than seven current Scotland international squad members it is one of those players yet to be capped that has been most lethal, with striker Howat topping both the SWPL and Scottish Cup scoring charts.

She scored four in her side’s most recent 8-1 victory over Stirling University but it was her insatiable appetite to keep scoring more that really stood out, even when it looked like that hat trick goal would never come. She has also added key goals to her game including the clincher against Celtic in the Quarter Finals and as well all having the ability to score all types of goals her partnership with Republic of Ireland international Clare Shine is as much about bringing the best out in each other as it is battling to be top of the goalscoring charts.

This game has probably come to early in Rangers’ evolution, they have the ability to be competitive but a lack of goal threat means keeping a clean sheet will be key for their success, a feat that only Hibernian have managed in the SWPL Cup Final so far this season when faced with Scott Booth’s side. The big games keep coming think and fast for City but a first cup victory since 2015 remains a key priority as they look to stamp their authority on the domestic game once again.

If you prefer your reviews in audio form then you can listen below.

Remember you can now follow Leading the Line on Twitter, @LeadingtheLine. Here there will be live insight from the games, comments on the breaking stories from the world of women’s football news as well as early sight of what will be coming via the podcast and on the website. It’s right good!