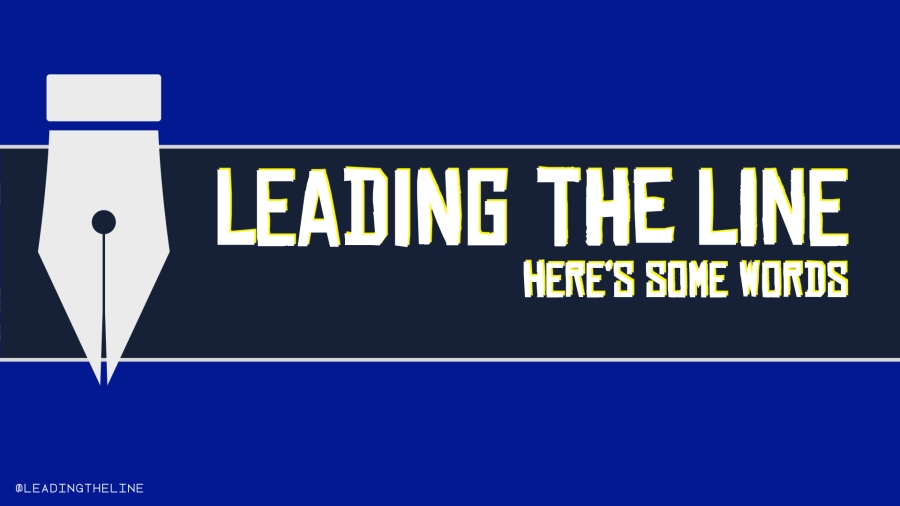 The unique rhythm that accompanies a football match and it’s ability to, at any moment, set pulses racing at a drop and feed an internal frenzy are one of the joys as to what makes the game so beautiful.

It’s appeal though is not only in the highs as at times, it can also bring you crashing down, something that those in attendance tonight are now very much aware of. It’s half time during Glasgow City’s Champions League Last 16 tie against Danish champions Brøndby and the tone amongst an expectant crowd is muted, the bombastic club classics that had reverberated around the main stand pre-match a distant memory. With growing trepidation I turn to my colleague in the makeshift press area at Petershill Park and utter the words, “I’m worried here”, a nod of agreement the only response required.

The two-nil lead that the Scottish champions had pillaged from their trip to Copenhagen a fortnight previous had been wiped out. The Danes were now adding the final flourishes through Nanna Christiansen and Frederikke Lindhardt that their dominance in possession during the first leg had lacked. City were flat, a contrast to that adrenaline pumping display that saw them so ruthlessly put pay to the challenge of Russian side FC Chertanovo in the previous round, as the visitors bullied and harried in a manner in which Scott Booth’s side have become so accustomed to doing themselves during a domestic season in which they recorded a 13th consecutive league triumph.

There were moments, brief interludes where it looked like City had found their feet. A lunging Megan Foley was denied by the Danish defence as she tried to get on the end of a Rachel McLauchlan cross with just a couple of minutes on the clock whilst a wonderful sweeping attack saw Sam Kerr denied by Brøndby stopper Katrine Abel.

Abel was responsible for that second City goal in Copenhagen, her clanger in attempting to deal with a Leanne Ross free kick saw the ball somehow make its way into the back of the Danish net, the only place where it looked like it wouldn’t go, and a clean sheet would form part of the score for what she would hope to be a redemption song. It wasn’t to be enough though, as at the other end Lee Alexander was composing a sonata all of her own.

The Scotland goalkeeper’s story from that June evening in Paris still haunts the hearts and minds of many. One moment the hero, having seemingly denied Argentina’s Florencia Bonsegundo and booked her nation a place in the World Cup knockout stages at the first time of asking, the next, distraught, as the penalty was deemed to need retaken, her heel a mere breath away from the line.

In the press room post-match on Thursday night she was quick to point out the events of that night in France may never completely leave her, but there will hopefully be some comfort taken from this virtuoso display. Alexander was the outstanding City player on the night with saves from both Christiansen and Nicoline Sørenson ensuring that her side got into the break just two down and level in the tie.

As the game entered its second movement the pace mellowed and the tension started to increase but Alexander would remain staunch in her defence, coming out the victor in one-on-one confrontations on multiple occasions as her teammates resilience started to come to the fore.

Scott Booth made a tactical change freeing up Jo Love from her role in shadowing Christiansen, moving the play further up the park and as the ninety minutes headed towards its conclusion it was the mainly amateur black and orange band that were outlasting their full-time opponents. That being said the visitors were still making chances but Alexander would be there once again to thwart them, her form now feeling prophetic for what was about to come.

Extra time remained tight, a Jenna Clark header that crashed off the bar on the stroke of the interval and the resultant penalty appeal as Sam Kerr’s rebound was seemingly blocked by a Danish hand the closest to a goal the sides came as the game headed for its, and Alexander’s, final encore.

The sounds of a shoot-out are so very often the same, the silence occasionally broken by a jeer, the whistle, then a thwack, a cheer or collective sigh of despair. This shoot out would be no different. 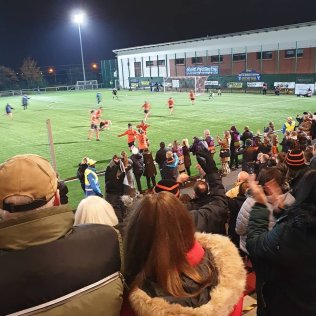 Ross, City’s captain, a player who has been present for each of those 13 title wins, is first to step up, the silence, the whistle and then a cheer. Then Christiansen, her effort, the only one to make it past Alexander, greeted with a cheer by the small band of travelling Brøndby fans. Then more cheers from the Danes as Abel saves from Howat. Next up, Tavlo Petterson, but Alexander guesses right, quite literally, pushing the ball past the post to perhaps the biggest cheer so far. McSorley scores to give City the advantage and then Abilda steps up, and Alexander is there again, springing towards the bottom right hand corner, the cheers which are getting louder, replaced by a nervous intake moments later as Megan Foley sees her penalty saved.

Alexander though soon returns the raptures, and a giant leap to her left hand side saw her deny the Danes once again, this time in the shape of captain Louise Kristiansen, three saves from four spot kicks, progress was in City’s grasp.

Jo Love, who it was revealed in the post-match was cajoled somewhat into stepping up, made her way to the spot, a hum of anticipation buzzing around the ground. The whistle, the silence, the pitter-patter of footsteps, the thud as leather hits leather, the rustle and then the explosion.

It was over. The sound of the final whistle drowned out by a grand crescendo from the pitch to the terraces in tribute to another incredible two-legged display with Alexander anointed conductor-in-chief. The DJ hits play and Bits and Pieces once again rings out as City players run in all directions before diving head first into the pile as they join Europe’s elite eight for the second time in their history. The sounds of unbridled joy surround me.

The music continues to hum from the relative calm of the press room post match, but even here there is a buzz, a contented and united air of which you are rarely afforded in the keyboard tapping, deadline chasing company of which I’m still trying to decide if I truly belong.

With the press conference done, (you will hopefully have seen the outputs by now) it’s time for the composers of this piece to get back to work as the party is packed into boxes to be driven off until March when the quarter finals will get underway.

I had offered a lift back into town to the side’s Social Media Officer, my own tiny way of contributing I naively thought and as I waited outside, the air cold and clear, my thoughts accompanied by the unique silence that a recently emptied and euphoric stadium brings I was joined by two stalwarts of the club who have been and seen it all since its foundation.

One is taking long slow draws on her cigarette, her face a mixture of satisfaction and disbelief “I’ll not get to sleep tonight”, she says, endorphins still gushing. The other, her partner, is equally delighted but there’s an agitation, “We didn’t even get one line in the tea time news earlier, the media come and ask questions about growing the game but in reality we are doing it all by ourselves.” They were co-founder Laura Montgomery’s parents and as I left them I hoped that those feelings didn’t take the shine off the night.

He is of course right though, that’s the reality of women’s football in Scotland at the moment. It’s one that simmers within me but not tonight, not on night’s like these. A night where an amateur side from Glasgow could once again call itself one of Europe’s best. A night where we should tune up the orchestra and start a chorus of celebration for what this club continues to achieve and that, is exactly what I plan to do.

One thought on “Here’s Some Words: One Night in Springburn”